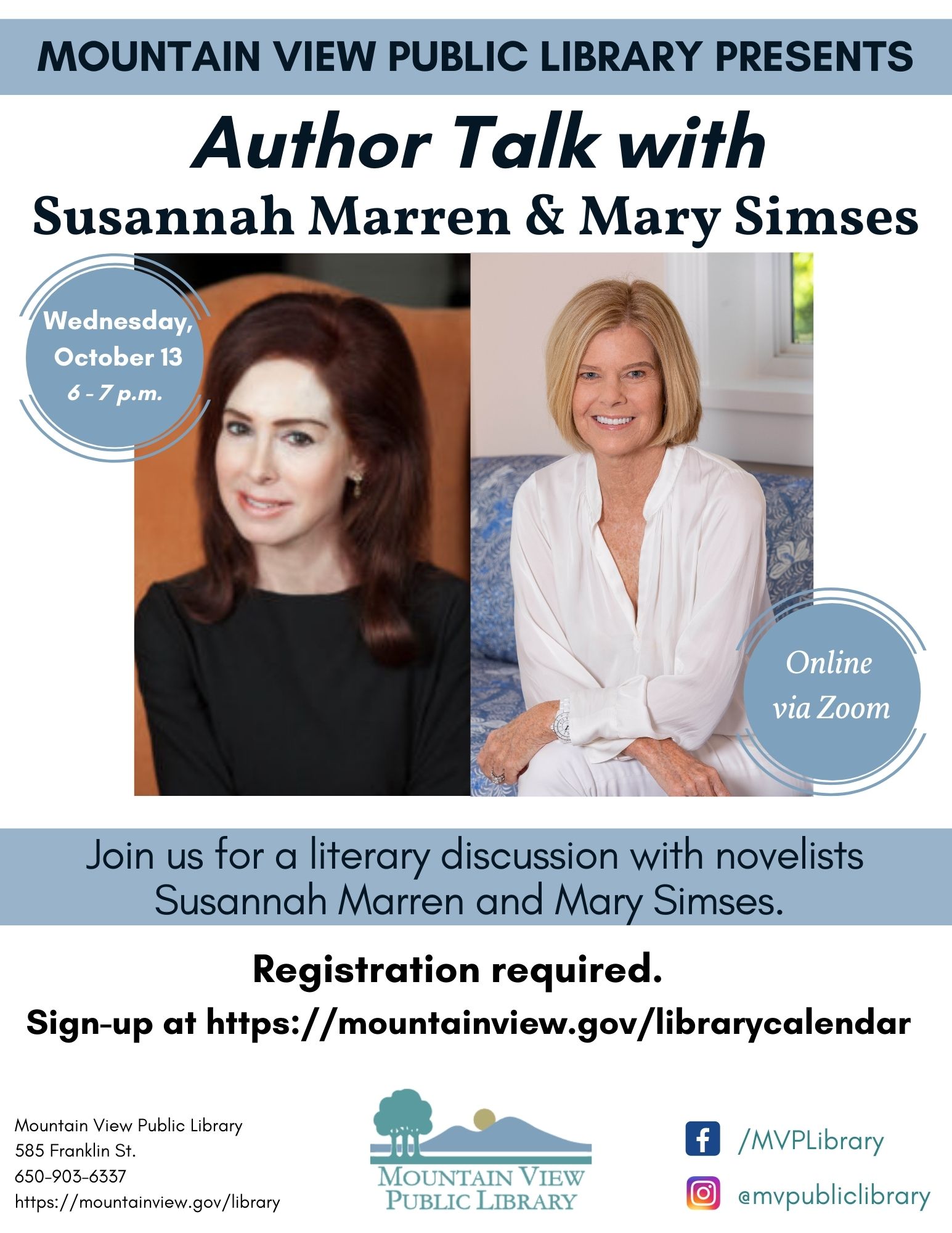 Registration is required. Sign up below and you will be sent the Zoom link on the morning of the event.

Susan Shapiro Barash is an established writer of thirteen nonfiction women’s issue books, and fiction under her pen name Susannah Marren. She has been featured in The New York Times, The Wall Street Journal, The New York Post, The Chicago Tribune, Elle, Marie Claire, and has appeared on national television including the Today Show, Good Morning America, CBS, CNN, and MSNBC. Several of her titles have been optioned by Lifetime and HBO. Her nonfiction titles include Tripping the Prom Queen, Toxic Friends and The Nine Phases of Marriage. Her novels are Between the Tides, A Palm Beach Wife, and A Palm Beach Scandal.

Mary Simses grew up in Darien, Connecticut and began writing short stories as a child. She spent most of her life in New England, where she worked in magazine publishing, and, later, as a corporate attorney writing short stories “on the side.” Mary is the author of The Irresistible Blueberry Bakeshop & Café, adapted as The Irresistible Blueberry Farm for the Hallmark Movies & Mysteries channel, The Rules of Love & Grammar, and The Wedding Thief. Mary enjoys photography, old jazz standards, and escaping to Connecticut in the summer. She lives in South Florida and is currently working on her fourth novel.